Non-Dischargeable Domestic Support Obligations: There Are More Than You Think 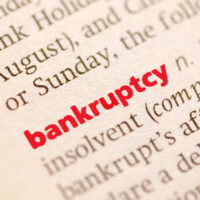 As a general rule, support obligations to a spouse, former spouse, or to a child in the form of child support, are not dischargeable. Your bankruptcy discharge will not include these debts, and they will continue on, even after your discharge (although once your dischargeable debts are gone, you may have more money to pay them).

Of course, the traditional obligations in a divorce are not dischargeable, such as alimony, child support, or other payments that may be ordered by a court, or agreed to by the parties in a marital settlement agreement, cannot be discharged.

But even obligations that don’t sound like support in a family law case, and those debts that are not directly payable from one spouse to another, may be non-dischargeable, so long as they were included in a family law settlement or court order.

This includes debts that are payable to parties other than the (former) husband or wife. For example, assume that the husband is ordered to pay the mortgage on the home in the divorce decree. The payment may go directly to the mortgage company. However, that is still an obligation that is for the benefit of the former spouse, and thus, not dischargeable in bankruptcy.

This can get dangerous when a party (former spouse) agrees to pay off numerous debts of the other spouse in a divorce. It is not uncommon for a spouse to agree to pay medical bills or credit card bills that were incurred during the marriage. Whereas those bills would ordinarily be unsecured, dischargeable debts, they transform into non-dischargeable support obligations when included as part of the divorce.

The same is true of payments for the benefit of children. Many times a spouse will agree to pay things for the benefit of the child, outside of, and separate from, the routine, monthly child support payment. For example, a party may agree to contribute to a college fund, or pay for educational help, or extra curricular activities.

Even though these expenses are not labeled as child support, they are still support obligations to a child that can be found non-dischargeable, the same way the base child support payments are not dischargeable.

Other Domestic Obligations That Are Not Dischargeable

Even orders or agreements to pay the other side’s attorney’s fees, which are often ordered in divorce cases, constitute support that is non-dischargeable.

Divisions of property are also considered support. So, if you agreed to pay half of a retirement account or pension to a former spouse, that obligation would continue, even after your bankruptcy discharge.

Many people don’t think of bankruptcy when drafting a settlement agreement or negotiating terms in their divorce agreement. While explicit terms aren’t a guarantee that a non-dischargeable debt can transform into being dischargeable, the correct language can sometimes be helpful in getting a debt discharged later on, should the need arise.

Call the West Palm Beach bankruptcy lawyers at Kelley Fulton Kaplan & Eller at 561-264-6850. We can help you determine which of your debts are and are not dischargeable in your bankruptcy case.