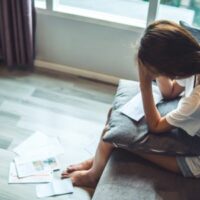 One good thing about having health insurance, is that you can be reasonably confident that you won’t get a medical bill that is so high that it forces you into bankruptcy. But for many consumers–including those who have insurance–they still end up with shockingly large medical bills, many of which are so high that bankruptcy becomes the only way to deal with them.

How Do These Expenses Happen?

This often happens when you go to a hospital, and receive treatment from a provider that is out of your health insurance network. Even if the hospital is in your health insurance network, that doesn’t mean that the specialists or providers treating you are also in the network. Most patients aren’t told beforehand that they are being treated by an out of network provider.

Days or weeks later, you are hit with an exorbitantly large health care bill, for out of network treatment you didn’t know you were getting, and which you didn’t have the chance to accept or reject.

This is common in emergency rooms, where patients often don’t have the opportunity to choose where they go, or who treats them.

However, starting in 2022, a new law comes into effect that requires that health insurance companies cover out of network treatment at the same level as in network treatment, in certain situations, such as in hospitals or emergency rooms.

The law also prohibits health insurance providers from charging consumers more than what the consumers would be charged, had the treatment been from an in-network provider.

The law applies to emergency rooms, emergency facilities even if they are not attached to a hospital, and urgent care centers. It does cover air transportation, but not ambulances. It also includes any providers who bill their services separate from the facilities in which they work or provide treatment.

Balance Billing and Waivers of Rights

The law also requires that consumers be notified of balance billing, which is where medical providers bill you for the cost of your treatment that your insurance did not pay. You must be given an estimate of charges 72 hours before they are incurred.

It is even illegal, in some situations, to request that patients waive these protections, as many health providers are expected to do, in order to try to get around the new law. For example, anesthesiologists, pathologists, or radiologists, cannot ask you to waive your protections against balance billing.

If you are uncertain, experts suggest you write something on the paperwork that you sign, that says that you do not accept balance billing, so that you aren’t hit with an unexpected charge later on.

There is even a help desk set up by the government to help patients understand their rights, and fight against billing practices that violate the act.

Call the West Palm Beach bankruptcy lawyers at Kelley Fulton Kaplan & Eller at 561-264-6850 for help if you have medical bills that you can’t pay.

By Kelley Fulton Kaplan & Eller | Posted on February 11, 2022
« Can A Creditor Take Your Home?
Will The Bankruptcy Trustee Visit My Home And Take My Property? »