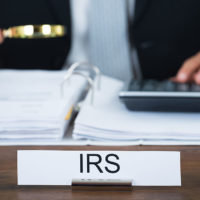 The Internal Revenue Service (IRS) has plans to implement new regulations to section 409A of the Internal Revenue Code. These regulations are in regard to the arrangement of deferred compensation. Of the 19 proposed changes, most are minor. However, there are two key changes that businesses should be well informed about.

The new regulations state that distributions can be made after the death at any time until December 31 of the year following the year the employee passes away. The proposed regulations also include an anti-abuse rule that applies to employers who show a pattern of using these regulations to change payments or the timeliness of the payments.

Currently, corrections to non-compliant deferred compensation documents are typically permitted as long as they are done prior to the year in which the risk of forfeiting passes. However, the new rules place some limitations on the correction process for these forms. The most important of these limitations is the one placed on the ability to restrict the alterations of a time or form of payment. Essentially, when it is reasonable to believe the original provision met 409A requirements, alterations will not be permitted. Such corrections will not be restricted when there is a “reasonable, good faith basis” that the condition was not allowed under 409A, and thus the correction is essential to ensure section 409A is abided by.

The Treasury Department has requested that the effective date of the new regulations be September 20, 2016. Although the changes won’t go into effect for another month, it is advisable to treat them as such since what is proposed merely serves to clarify the existing language of the 409A rules. If you need help understanding the new regulations, contact a West Palm Beach business attorney for the expertise you need to comply with section 409A.