Mortgage Delinquencies Are Up Since July 2020 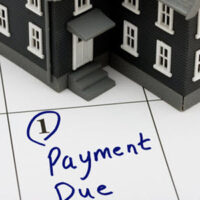 There is the perception that the housing market is strong, and that foreclosures are down—at least, down from the levels that they were during the foreclosure crisis. And while the COVID-19 crisis has brought news of economic catastrophe, there hasn’t been a lot of news about widespread foreclosures.

That’s in part to restrictions or moratoriums on foreclosures that kept the courts from being inundated with foreclosure filings. But there’s another measure of the health of the housing market other than filed foreclosure cases—delinquencies. When someone goes delinquent on their mortgage, a foreclosure isn’t immediately filed.

That means that the measures of delinquencies could be a better indicator of the housing market’s health—and an indicator of whether another foreclosure crisis could be on the horizon.

Delinquency rates are rising. According to one report by Business Wire, from July to October 2020, the number of delinquencies rose about 3% (which is a lot, considering the number of mortgages).

Delinquency statistics are usually broken down between early delinquencies—people who are about 30-59 days behind on their mortgage—and serious delinquencies, which is being 90 days or more past due.

That’s not the only delinquency record caused by the pandemic. By July 2020, the 120-day delinquency rate was at the highest level it had been in over 20 years.

The states with the highest increases in delinquencies from last year are Florida, Nevada, New Jersey, Hawaii, and New York.

Other Factors That Affect Delinquencies

Foreclosures are usually caused by unemployment. And unemployment is up, especially in harder hit areas. Conversely though, and one difference between the housing crash of the 2000s, is that houses have retained their value.

By getting a consultation, you will at least know that if you need to file a bankruptcy, the option is available to you. Additionally, if you are delinquent, the ability to cure your delinquency through a Chapter 13 bankruptcy can be easier if you are not in serious delinquency.

Call the West Palm Beach bankruptcy lawyers at Kelley Fulton Kaplan & Eller at 561-264-6850 to discuss how bankruptcy can help you, if you are facing financial problems.

By Kelley Fulton Kaplan & Eller | Posted on January 13, 2021
« Bankruptcy: How Do You Keep Your Stuff?
Chapter 11 Bankruptcy for Individuals: Better Than Chapter 13? »