Man Fakes His Own Death to Avoid Bankruptcy Court 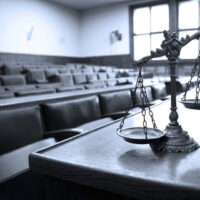 Many people are under the misconception that if they file for bankruptcy, they will lose everything. We’ve previously written about how many kinds of bankruptcy allow you exemptions, so that you can keep property, or allow you to make small payments, and thus, keep most of your property. Still, some people decide they want to believe what they believe without getting good legal advice.

Such was the case with a Virginia man who came up with a revolutionary new strategy to protect his assets and property from the bankruptcy court: He faked his own death in a scheme that would be unbelievable if it were a reality TV show.

The man had filed for bankruptcy in 2018. At some point in the proceeding, the man told his attorney that he was dying of cancer, and that he was in a hospice facility after treatment had been unsuccessful. A few days later, just before a bankruptcy court hearing, the attorney received an email from the man’s wife, that the man had died of a brain aneurysm after being transported back from chemotherapy treatments. That email would later prove to be fake.

While he was defrauding people, the (not actually dead) man also defrauded his own wife, getting her to send $70,000 in legal fees to access a supposed (fake) $1 million settlement. The man went so far as to use an app that disguised his voice when communicating details about the “settlement.”

Despite the intricacy of the plot, it was uncovered when a process server showed up at their home to serve them with paperwork to appear at a hearing. When the man got out of a vehicle in front of the home, it was apparent that he was very much alive.

The wife went to the hearing but the husband did not. She told the court that her husband was alive, and that she knew nothing of the plot to deceive the bankruptcy court. She wasn’t aware that her husband had died or that he was telling people he had died until just 2 days before the hearing.

Needless to say, the man was apprehended, and charged with criminal offenses. He was also found mentally competent to stand trial.

Avoid the crazy ideas, and get real legal advice to help you file for bankruptcy. Call the West Palm Beach bankruptcy lawyers at Kelley Fulton Kaplan & Eller at 561-264-6850 for bankruptcy help.

By Kelley Fulton Kaplan & Eller | Posted on November 6, 2020
« Divorce and Bankruptcy: Which Comes First?
Understanding the Life Cycle of Your Debt »