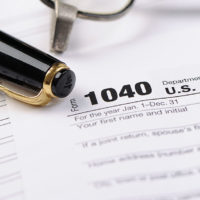 Both bankruptcy and appellate courts have long-debated the dischargeability of late-filed tax returns. Recently the Sixth Circuit took a side on the matter in Biggers v. Internal Revenue Service. In this case, the debtor sought to discharge income taxes due to the IRS, but his tax returns had been filed late.

Section 523 of the Bankruptcy Code provides that in order for a tax debt to be dischargeable, (1) the taxes must be income taxes, (2) the tax debt must be at least three years old, (3) the tax return must have been timely filed, (4) the tax must have been assessed at least 240 days prior to the bankruptcy filing and (5) the debtor must not have committed fraud or willful evasion.

In the case at hand, the debtor filed for Chapter 7 bankruptcy relief in 2009, two years after filing a late tax return in 2007. Prior to that, he had failed to file returns on time from 2001 to 2004. However, he maintained that factors outside of his control (such as a secured lender seizing his records and the hiring of an unreliable accountant) kept him from filing his tax returns during that span. He also stated that between 1999 and 2008, he had moved 11 times.

A bankruptcy judge originally ruled that the tax debts were non-dischargeable because the tax returns were filed late; however, on appeal, District Judge Waverly D. Crenshaw, Jr., concluded that the tax obligations were dischargeable.

Many courts hold that a late-filed return is not a “return” for the purpose of Section 523 because it does not comply with filing requirements.

Of those who have taken a side on the matter, the First, Fifth and Tenth Circuits have taken the stance that returns filed even one day late do not qualify as return because filing requirements were not met. Other circuits, including the 11th Circuit, have adopted the test set forth in the Beard case from 1984, which was decided prior to the new bankruptcy laws, known as BAPCPA. These circuits determine dischargeability using the four-part Beard test. Judge Crenshaw reviewed the fourth and most important question from Beard: was there an honest and reasonable attempt to satisfy the requirements of tax law? Posing this question, according to Judge Crenshaw, allows the courts to consider the “debtor’s subjective intent and actions.”

Our team works closely with those we represent to ensure all applicable tax debts are rightfully discharged in bankruptcy. If you have questions about your bankruptcy case, call a West Palm Beach bankruptcy attorney at Kelley Fulton Kaplan & Eller today for a consultation.

By Kelley Fulton Kaplan & Eller | Posted on October 14, 2016
« Your Home’s Role in a Bankruptcy
Eleventh Circuit Rules Surrenders of Property Can Not Contest Foreclosure »