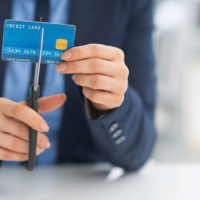 Many are applauding John Oliver for a recent stunt on the weekly show he hosts on HBO, Last Week Tonight. The British comedian recently announced on his show that he had created a phony debt buying company named CARP, and under said company, purchased $15 million in medical debt. The debt in question belonged to a whopping 9,000 people, and Oliver secured it for only $60 thousand. Then, Oliver did something completely unprecedented — he forgave the debt on national television, every last cent. This act of kindness likely has some people wondering what exactly a debt buyer is.

What is a Debt Buyer?

There are companies which exist solely for the purpose of purchasing the debt of others from the original lenders, i.e. a credit card companies. Such companies buy these delinquent debts for a fraction of their value, and later try to collect on them. Even when the debt buyer is not able to collect the full amount, it still makes a hefty profit.

John Oliver shed light on the colossal mountain of debt facing Americans today. Not all debt is bad, of course. Sometimes debt can be an excellent means of obtaining the things people need. However, the fact that for every 10 people in the U.S., eight are reportedly in debt is still alarming. The fact of the matter is, debt can quickly lead an individual into bankruptcy, causing detriment to their financial future. When you consider the fact that medical expenses constitute one of the nation’s leading causes of bankruptcy, it is not surprising that Oliver selected these debtors in particular as a target for his good deed.

If overwhelming debt has lead you down the path of bankruptcy, we can help. Give a West Palm Beach bankruptcy attorney a call today to learn more about your rights and how you can secure the best possible outcome.

By Kelley Fulton Kaplan & Eller | Posted on August 22, 2016
« Protect Your Assets: Forming an LLC in Florida
Breaking Down Bankruptcy: When the Trustee Takes Over »