Interest Rates: How Much is Too Much? 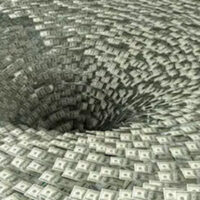 What drives many people into bankruptcy is not necessarily their deb, or the amount they charged or were charged. What drives many people into bankruptcy is the interest on the debt that they may have. That interest can sometimes be so extraordinary, and so significant, that even people who try to make good faith payments find that they are unable to make a dent in their debt.

How Much Interest Can be Charged?

All of this begs the question: How much can they charge? How much interest is too much? The answer to that question is more complex than you may think.

As a general rule, Florida law has usury laws that limit how much interest can be charged. Interest on loans cannot be more than 18%, although it can go as high as 25% for loans that are more than $500,000 for any one loan.

But, you’re looking at your credit card statements and seeing interest rates of 28%, 35% or more. So how can this be? Isn’t this against the law?

The problem is that even if you incur a debt with, for example, Best Buy or Target, the actual lender or name on your credit card is usually Mastercard, Citibank, Chase, Capital One, or any number of other national banks. And here’s where the problem lies.

Under our system of federalism, states can’t tell the national government what to do. That includes banks that are chartered as a federal bank. Federal banks, like the ones that lend money to you on retail credit cards, aren’t limited by state usury laws.

That frees them up to charge whatever they want in interest, which is why so many people find themselves with interest rates so high, they can’t even make a dent in them, even if they’re making reasonable payments.

Another thing that some banks will do is include a choice of law provision in your credit card agreement. Banks will usually say that they are governed by the laws of states that have no limit on interest, or very high limits, making it irrelevant what the interest limits in your state may be.

That default interest rate can kick in if you are even a single day late on a payment. If you have 0% interest, but you pay the bill one day late, your interest rate will go to the default rate, which can be any insanely high interest rate.