History of Bankruptcy in America and Why it Matters 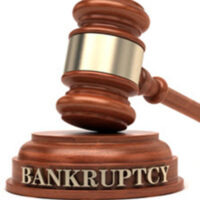 The theory as to the origin of the word bankruptcy is from the Latin words bancus (bench) and reptus (broken). It symbolized the banker who sat on a public bench. When the banker could lose all of his money and not have the ability to meet his obligations, his bench would be broken. Learn more about why the history of bankruptcy even matters for those who would now consider this means of financial relief.

Bankruptcy was first addressed through national laws in England under King Henry VIII in 1542. Hundreds of years later, the United States enacted the first bankruptcy laws in 1800 as a response to land issues,.  Other bankruptcy laws were passed throughout the 1800s relating to the Civil War and the inability of citizens to pay debts. Interestingly, before the 20th century, the bankruptcy laws all seem to generally favor the creditor and were a bit harsher with respect to a debtor. In fact, most of the bankruptcies filed at the time were all involuntary. Involuntary bankruptcies are rather rare today.

Why Does This History Lesson Matter?

Many people feel embarrassed or ashamed regarding declaring bankruptcy. Admitting that they do not have the financial resources to pay their bills every month can be frustrating and demoralizing. However, every person that considers bankruptcy should realize that they are not alone, and that governments for hundreds of years have decided that individuals should have the ability to gain a financial fresh start. This was solidified even more after 1934, almost 100 years ago, by the United States Supreme Court. It emerged as a fundamental legal right for people to have the ability to declare bankruptcy and freedom from their creditors in order to start fresh and start over.

If you are considering filing for bankruptcy, you are in the company of centuries of others who have thought the same and felt the same frustration regarding finances. Remember that the Supreme Court of the United States realized that circumstances happen in life that a bankruptcy can quickly resolve and allow a person to start fresh. Contact an experienced West Palm Beach bankruptcy attorney at Kelley Fulton Kaplan & Eller at 561-264-6850 today for a consultation, and to help understand your legal rights in your specific financial situation, and to help ensure your legal and financial rights remain protected, as they were intended to under the law.