Facts About Taxes And Bankruptcy 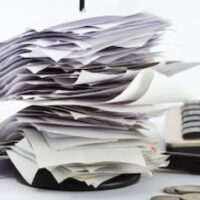 Bankruptcy and taxes are often a mystery to people. On the one hand, bankruptcy discharges debts. On the other hand, the government needs taxes to run the country. When it comes to government and taxes, here are some things that many people don’t know:

You also can pay your back taxes through the course of a Chapter 13 plan. Those payments may be less than what you’re paying now, if you are making payments, or less than what the IRS is demanding that you pay.

Additionally, after bankruptcy, you may be able to use the extra money you have from not having to pay your other debts, to apply to your tax burdens.

Call the West Palm Beach bankruptcy lawyers at Kelley Fulton Kaplan & Eller at 561-264-6850 today if you have tax problems, and think bankruptcy may be the way to help you.

By Kelley Fulton Kaplan & Eller | Posted on August 25, 2021
« Will Bankruptcy Affect My Insurance Or Insurance Renewal Rates?
What Happens To Insurance Money When You File For Bankruptcy? »