Executives Get Big Time Bonuses Before Companies File For Bankruptcy 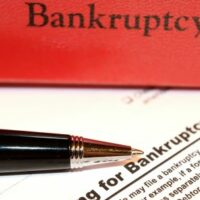 If your company is having financial problems, it may be thinking of bankruptcy. That may include Chapter 11 bankruptcy, which gives your company the ability to reorganize itself, and live to do business again, only restructured.

Generally, creditors will work with you—in many cases, they have to—when you file for Chapter 11. But there’s one situation where neither they, nor the court, will look kindly on your Chapter 11 bankruptcy filing. That’s when your company decides to send multimillion dollar bonuses to high level executives, just before filing for bankruptcy.

That may seem pretty obvious, but some large companies which recently filed for Chapter 11 bankruptcy apparently didn’t realize this before doling out significant dollars to high ranking executives.

When Can Executives Get Bonuses Before Bankruptcy?

Of the 7,000 companies studied, only 70 sought court approval to pay the bonuses.

It is difficult to get court approval to pay bonuses during a Chapter 11, but not impossible. The study found that about $570 million in bonuses were approved by the courts, after bankruptcy was filed.

Loopholes in the Law

The problem is that companies can simply avoid the law, by awarding large bonuses before filing for bankruptcy.

The bonuses given by many companies in the study were called “retention” bonuses. This technically is not illegal, and a court has limited oversight over activities that happened before filing—a loophole the government is now considering fixing through legislative reform of the bankruptcy code.

Many feel that the bankruptcy code, as written, actually allows companies to pay a lot of money to the same executives who may have had some hand in creating the financial situation leading to bankruptcy. That is aside from the inequity of asking creditors to take less (or no) money once the case is filed, while a high ranking executive yields millions, all because the money was paid before the bankruptcy filing.

The issue is particularly relevant because corporate bankruptcies were at an all time high in 2020. Last year, 630 companies filed for bankruptcy, which was the highest amount since 2010. The levels in 2021, if they hold steady, show that the filings will go lower than they were in 2020.

Questions about a corporate or Chapter 11 bankruptcy? Call the West Palm Beach bankruptcy lawyers at Kelley Fulton Kaplan & Eller at 561-264-6850 for help.

By Kelley Fulton Kaplan & Eller | Posted on December 20, 2021
« Florida Or Federal Bankruptcy Exemptions? Which Will Apply To My Case?
Can You Sell Property Before You File For Bankruptcy? »