Eleventh Circuit Rules Surrender of Property Can Not Contest Foreclosure 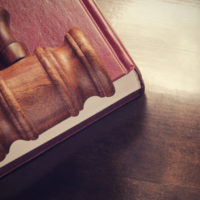 In re Failla recently came before the Eleventh Circuit, posing the question of whether someone who surrenders his home in bankruptcy court can later oppose a foreclosure action. Upon the In re Failla’s recent conclusion, the Eleventh Circuit delivered a verdict to the contrary, citing the debtors’ relinquishing of rights to the property.

In re Failla involved debtors who had defaulted on a mortgage held by Citibank for their home in Boca Raton in 2009. The couple later filed for Chapter 7 bankruptcy in 2011, submitting a statement of intention during the proceedings to surrender the home to the bankruptcy estate. However, the estate did not liquidate the property citing its lack of value. Instead, the property was abandoned by the estate — at which point, the battle between Citibank and the debtors began.

When Citibank began the foreclosure process, the debtors contested the action with the Florida state foreclosure court. In response, Citibank took the matter back to the bankruptcy court, requesting an order for the debtors to withdraw the contest of the foreclosure since the debtors indicated on their Statement of Intention in their bankruptcy case that they were surrendering the property. The bank was awarded the motion, a ruling which was later supported on appeal, leading the debtors to turn to the Eleventh Circuit in hopes of a different stance.

The issue posed in the appeallate case before the Eleventh Circuit was not a new one, particularly not for Florida courts. In what was seemingly a win for lenders and mortgage servicers, the court delivered the latest ruling on the matter of foreclosure oppositions on surrendered property on October 4th. Tasked with determining what “surrender” means under bankruptcy code 11 U.S.C. § 521(a)(2), as well what entity the debtors were required to surrender the home to in accordance with the statement of intentions, the court’s opinion affirmed the previous rulings.

The Eleventh Circuit held that in surrendering the property to the bankruptcy trustee, the debtor also surrenders the property to the creditor under Section 521(a)(2). For this reason, if the trustee elects not to liquidate the property, the home is then surrendered to the creditor. The court also ruled that surrendering the home, while not a requirement to physically provide the creditor with said property, is still a relinquishment of any rights to it. Of this decision, the Eleventh Circuit asserted that one may not “have his cake and eat it too.” In other words, the debtors could no longer contest the foreclosure in state court.

This latest ruling is essential for bankruptcy filers to keep in mind throughout proceedings, as the surrendering of property (though debated in the past) will almost certainly be upheld in court. Though this case concerned chapter 7 in particular, it is likely that the same stance will be held in Chapter 11 and 13 bankruptcies.

If you have questions about an impending bankruptcy filing, call a West Palm Beach bankruptcy attorney at Kelley Fulton Kaplan & Eller for the expert guidance you need to achieve a favorable outcome.