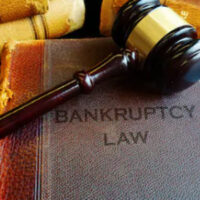 It almost sounds like a riddle. What do Chapter 11 bankruptcy and the thirteenth amendment to the constitution, which abolished slavery, have to do with one another? According to the 11th federal circuit (which includes Florida), that question may actually have an answer soon.

The 13th Amendment and Chapter 11 Bankruptcy

The 13th amendment to the constitution is generally thought of as abolishing slavery, passed just after the civil war, and it does in fact do that. However, the 13th amendment doesn’t just abolish slavery, it abolishes “involuntary servitude,” which obviously includes slavery, but also includes any form of being compelled by the government to work for another for no pay, remuneration or repayment.

In Chapter 11 bankruptcy, the debtor in possession – the party filing for Chapter 11 – gets to continue to run his or her business during the course of the bankruptcy. There is no bankruptcy trustee in a Chapter 11, but there is a trial attorney from the U.S. Trustee that will oversee the case, , If a debtor in possession is mismanaging the business or committing fraud, a trustee can be appointed to come in and run the business.

This is the conflict (according to the recent lawsuit). The debtor alleged that he was “working” for the Chapter 11 trustee for no money and no benefit, hence, it was involuntary servitude as defined by the 13th amendment.

The debtor in possession filed a lawsuit, but the lawsuit was initially dismissed as being “unripe.” That means that even if the debtor in possession had to work for and on behalf of the trustee or the bankruptcy estate for no money, he or she did not have to do so yet because there was no reorganization plan telling the debtor that he or she had to actually work for the trustee. Because it was too early for the debtor to be working involuntarily, and allegedly in violation of the constitution, the lower court dismissed the action.

Remember, this doesn’t mean that the appointment of a Trustee in a Chapter 11 bankruptcy is actually a violation of the 13th amendment. The eleventh circuit just allowed the case to go forward…although the court did say it was “skeptical” about the claims, and the lawsuit’s chance of success.

Call the West Palm Beach bankruptcy lawyers at Kelley Fulton Kaplan & Eller at 561-264-6850 for help if you are thinking of filing a Chapter 11 bankruptcy.

By Kelley Fulton Kaplan & Eller | Posted on June 18, 2021
« Hurricanes And Bankruptcy Considerations
Can A Bankruptcy Attorney Represent Both A Filing And Non-filing Spouse? »