Do Immigrants Get Bankruptcy Homestead Protections? 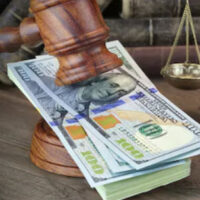 Florida has some of the most generous homestead protections in the country, allowing a debtor to exempt almost all of his or her homestead property. Usually, what is or what is not a homestead is a straightforward question. But sometimes, problems arise that make a bankruptcy court question whether property is or is not a homestead. One such problem is when illegal immigrants try to claim homestead exemption.

Intent is What matters

Here’s the question that courts tend to grapple with.

Many illegal immigrants do buy houses, and intend to live there—even if they legally are not allowed to be in the country, or are in the country legally, but on a temporary basis according to their immigration status.

So what happens when an immigrant tries to get homestead protections? Does a court look to intent, or to the immigrant’s legal ability to remain in the country on a permanent basis?

Some courts have plainly said that no immigrant in the country on a temporary illegal basis can form the intent needed to justify homestead protections. You can’t intend to live somewhere you aren’t legally entitled to remain, according to these decisions.

But the debtor’s daughter did live in the home, and she had applied under the DACA program, which does allow immigrants to remain in the country, and which provides a path to citizenship. The daughter had married a US citizen, and the two lived in the home.

There are several cases that indicate that Florida law will protect homestead, even if the debtor’s family lives in the property, without the debtor. So the question for the court to decide hinged on the daughter’s intent to remain in the property—not the debtor/homeowner.

Because the daughter held a green card and had applied for DACA protected status, and because DACA did provide an avenue to remain in the country, the court held that there was sufficient evidence to demonstrate that the debtor intended for the home to be a primary, homestead residence, thus allowing the debtor to use the homestead exemption.

Every bankruptcy case is different. Call the West Palm Beach bankruptcy lawyers at Kelley Fulton Kaplan & Eller at 561-264-6850 today to ask how bankruptcy will affect you.

By Kelley Fulton Kaplan & Eller | Posted on July 21, 2021
« How Long Can A Florida Judgment Be Enforced?
What Happens If You Forget To List A Debt In A Chapter 7 Bankruptcy? »