Debt Collectors Are Using Loopholes To Throw Debtors In Jail 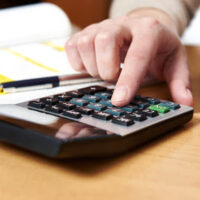 You cannot go to jail for being unable to pay your bills. That’s called debtor’s prison and America outlawed that practice in 1833. But debt collectors are trying to get around that restriction, and the result is a cycle of debt that leads people to prison for being unable to pay debts. And of course, because prison makes it hard to get or keep a job, the cycle of debt gets even worse as a result of repeated imprisonment.

How the Debt-Prison Cycle Works

Here’s how the cycle works. A collection lawsuit is filed against a consumer for an unpaid bill. Whenever a lawsuit is filed, the consumer has a right to be notified about the lawsuit so the consumer can respond, go to court, settle, or otherwise take measures to defend himself.

Because the consumer doesn’t know about the lawsuit, he or she doesn’t show up to court or file any paperwork in his or her defense. When that happens, a judgment is entered against the consumer.

Jail Leads to Other Financial Problems

The consumer may only be jailed for a short period of time. But it’s enough to send that consumer into a financial tailspin. The consumer can lose his job, fail to pay mortgage, rent, car payments or other bills. These late payments lead to default interest rates and late fees.

Additionally, some consumers may find themselves hit with criminal fines, creating even more debt. Some of those fines may not even be dischargeable in bankruptcy.

You can avoid these kinds of problems with a bankruptcy. If you are being sued for a debt, bankruptcy may be a great option for you. Call the West Palm Beach bankruptcy lawyers at Kelley Fulton Kaplan & Eller at 561-264-6850 for help.

By Kelley Fulton Kaplan & Eller | Posted on June 23, 2021
« Can A Bankruptcy Attorney Represent Both A Filing And Non-filing Spouse?
How To Handle Automatic Stay Violations »