Companies Use Division And Merger To Avoid Debts In Bankruptcy 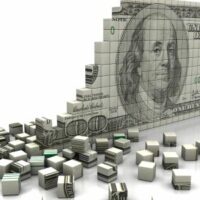 In bankruptcy, there are few new or novel legal questions. However, drug manufacturer Johnson & Johnson is using a new bankruptcy tactic to try to restructure its company.

Johnson and Johnson is an enormous, multi-billion dollar healthcare company. However, a series of personal injury lawsuits and verdicts entered against it, has the company testing a new maneuver that hasn’t yet been ruled on by the courts.

The cases started when a number of plaintiffs sued the company for damages related to using the company’s talcum powder. Many won large verdicts.

This has the effect of discharging or at least lowering the amount that has to be paid on the verdicts, without all of Johnson & Johnson having to go into bankruptcy and restructure all of their debts.

Once the bankruptcy cases are filed, the automatic stay goes into effect, so there is the added benefit of stalling any pending lawsuits against it where a verdict has not yet been entered.

Nobody actually knows if this strategy will work or if it is even legal. In many states, splitting into two companies, and putting assets and liabilities separately to avoid having to lose assets to pay on those liabilities, would be fraudulent, and not allowed. But the strategy is only legal in Texas and Delaware.

But the case illustrates how many large companies are using bankruptcy to get rid of or lower personal injury awards against them—or at the very least, to pressure consumers to settle with companies for less than what is owed to them under existing verdicts, as, if the bankruptcy is successful, most verdicts would be wiped out or paid just on pennies on the dollar.

Some companies are seeking out federal districts that may be favorable to companies, to file their bankruptcy cases, in attempts to discharge or restructure personal injury verdicts.

Fearing bad public relations, many companies deny that they are using bankruptcy to avoid paying personal injury verdicts.  Still, if the strategy Johnson & Johnson is using is found to be legal, it could catch on, creating a loophole for companies looking to avoid paying verdicts to consumers.

Call the West Palm Beach bankruptcy lawyers at Kelley Fulton Kaplan & Eller at 561-264-6850 for help if your business needs to restructure, or file for Chapter 11 bankruptcy.