Chapter 7 and the Presumption of Abuse 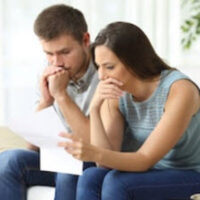 What is the Presumption of Abuse?

If a debtor files for Chapter 7 bankruptcy, even after the means test has indicated that the debtor makes too much money to file, the debtor must admit that there is what is known as a “presumption of abuse.”

The presumption can also arise when the debtor charges up a lot of money just before the bankruptcy, or if the debtor has exorbitant and luxurious expenses, which appear to be the reason why they are filing for bankruptcy.

Ten days after filing, if the filing appears to be abusive the bankruptcy trustee will file a statement saying it is presumed abusive. All creditors will get notice of the trustee’s findings.

However, the word presumption just means an assumption. That means that the debtor has the chance to fight the presumption and show the court why the debtor should still be able to file for Chapter 7, even though the debtor’s income seems to be above the legal limit.

For example, what if the debtor charged up a lot of money just before filing bankruptcy, but it also turns out that happened when the debtor got a raise at a job that they were recently laid off from? The debtor could show the amount was charged innocently and at a time where the debtor thought the amount could be paid back.

If a consumer had some special circumstance that raised their income on a temporary basis, like a one time inheritance, or bonuses given at work that raised the debtor’s income, the debtor can show that their normal income would not be considered abusive.

Unexpectedly high expenses or bills can also overcome the presumption of abuse. For example, if a child or family member recently became sick, and the debtor had to suddenly pay for medical expenses, or the sick member was an income earner and is no longer working, these are all situations where the debtor could show the court that the filing is not abusive.

Where debtors should be careful is where they have exorbitant debts in comparison with income. Chapter 7 bankruptcy isn’t concerned with “guilt,” that is, nobody is looking at your financial choices and judging you.

However, debtors who have exorbitant expenses—luxury cars, multiple properties, etc. – while also having minimal income could face a trustee’s charge that the filing is abusive.

Call the West Palm Beach bankruptcy lawyers at Kelley Fulton Kaplan & Eller at 561-264-6850. We can help you anticipate problems that could arise in your bankruptcy case.

By Kelley Fulton Kaplan & Eller | Posted on January 27, 2021
« Bankruptcy Reform: a Glimpse Into What Could Be
What Happens to Cryptocurrency in Bankruptcy? »