Can You Get Back A Repossessed Vehicle In Bankruptcy? 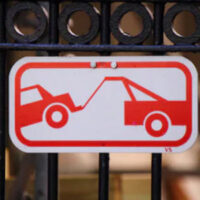 When you fall behind on your car payments, bankruptcy can help you get current and avoid repossession. But often people wait too long. They wait until their car has been repossessed. In fact, for many people, it is the repossession that leads them to seriously consider bankruptcy.

But although bankruptcy can stop a repossession, can it get back a repossessed car? Does the lender have to give you the car back once you have filed for bankruptcy?

If the Car Hasn’t Been Repossessed Yet

If the car has not actually been repossessed yet, the automatic stay will prevent your car from being taken or repossessed at all. That’s one reason why it’s always a good idea to act fast if you fall behind on payments.

But even if the car hasn’t been taken, once your case starts, the lender can ask the court for permission to repossess the car. The court will usually allow that, unless you work something out with the lender.

You usually have some options with a car, such as paying the full current value of the car (which may be less than what you actually owe on the car loan). This is called redeeming the vehicle.

You can also opt to reaffirm the debt, which means that you are promising that the loan will survive the bankruptcy (that is, you will continue to owe the debt and it won’t be discharged in the bankruptcy).

If the Car Has Been Repossessed Already

If the car has already been taken from you, you will have to act fast. That’s because your lender will put the car up for auction, and when and if it sells, you then will not be able to get it back. The amount of time it takes a lender to sell your car after it repossesses it can vary, but the lender will often act relatively quickly in getting your car up for auction.

You may have to get an order from the court to have the car returned—but even if it is returned, you still will have to either reaffirm, redeem, or work out some other option, or you’ll be back in the same boat—having the car taken from you by the lender.

You’ll have the same problem in Chapter 13—at least to start. You still will need to act fast, to ask the court to have the lender give the car back, before it is sold at auction.

The good news is that as long as the car isn’t sold, you don’t have to choose between just redeeming or redemption of the car—you also have the option to pay off the back-owed car payments through the Chapter 13 plan, over the course of the plan, which will be between three and five years.

Call the West Palm Beach bankruptcy lawyers at Kelley Fulton Kaplan & Eller at 561-264-6850 for help if your car has been repossessed, and you are considering bankruptcy.

By Kelley Fulton Kaplan & Eller | Posted on February 16, 2022
« Will The Bankruptcy Trustee Visit My Home And Take My Property?
Do Non-Debtors Get Releases In A Chapter 11 Bankruptcy? »