Can I Be Required To Reaffirm Debt After Bankruptcy? 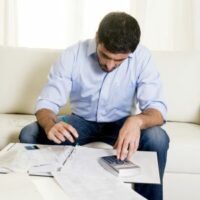 It is essential to understand that debtors cannot require you—and cannot even ask you—to reaffirm debt that has been discharged in bankruptcy. Our West Palm Beach bankruptcy lawyers can clarify.

When a Debtor Reaffirms Debt, That Decision is Made Before the Bankruptcy Discharge

In addition to the fact that reaffirmed debt is reaffirmed prior to a discharge, reaffirming debt is also done by choice. A debtor cannot be required by a creditor to reaffirm debt that is otherwise eligible for discharge in a bankruptcy. To be clear, any reaffirmation agreement must be entered into voluntarily.

You should know that non-dischargeable debts do not need to be reaffirmed for a creditor or debt collector to continue attempts to collect. When a debt cannot be discharged in a bankruptcy case, you will still owe that debt. As such, a creditor or debt collector can take the same actions after your bankruptcy case to collect that they were allowed to take under consumer protection laws prior to your bankruptcy discharge.