Bankruptcy Statistics And The Effects Of The Pandemic 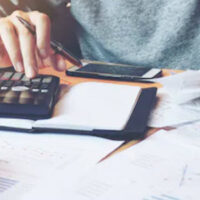 In the early months of the COVID-19 pandemic, many consumer protection advocates voiced concerns about how the pandemic—and associated job losses and medical bills—could result in a steep rise in consumer bankruptcy cases. Commentators also considered whether small businesses were likely to close their doors permanently or file for Chapter 7 bankruptcy or Chapter 11 bankruptcy in the wake of the economic downtown resulting from the spread of COVID-19. While the increase in personal bankruptcy cases did not immediately come to pass, recent data is showing an uptick in consumer bankruptcy cases that could be a sign of a more significant rise in bankruptcy filings to come.

According to a recent report from Reuters, bankruptcy filings have begun to show an increase. What does this mean for bankruptcy cases more broadly and the possibility of a bankruptcy “wave” that some consumer protection advocates predicted?

Bankruptcy Filings Are Up, But Not Significantly

While recent data does reveal an increase in consumer bankruptcy cases, including both Chapter 7 and Chapter 13 bankruptcy filings, the numbers do not yet suggest that a bankruptcy surge is likely soon. As the Reuters report notes, “the number of new cases filed in March jumped significantly from February, but remain below last year’s numbers.”

More Bankruptcy Filings Could be Coming

Small business filings in particular are expected to increase, including new subchapter V cases, according to Reuters. If Congress increases the debt limit associated with Chapter 13 bankruptcy filings, the rate of those filings is also likely to rise.

Many of the financial protections that prevented consumers and business owners from filing for bankruptcy during the pandemic have ended. As a result, bankruptcy rates are just starting to tick up, and more bankruptcy filings may occur in the future. Our firm has years of experience serving individuals and businesses in South Florida in a variety of bankruptcy matters, and we can speak with you today about your case. If you have questions about your eligibility for bankruptcy, or if you need more information about the benefits and disadvantages of bankruptcy, one of the experienced West Palm Beach bankruptcy attorneys at our firm can speak with you today. Contact Kelley, Fulton, Kaplan & Eller to learn more about the services we provide in South Florida.

By Kelley Fulton Kaplan & Eller | Posted on May 25, 2022
« What Is The Connection Between Bankruptcy And Stopping Foreclosure?
Benefits Of A Reorganization Bankruptcy »