Assignment For The Benefit Of Creditors: Better Than A Bankruptcy? 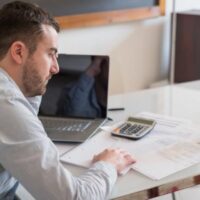 What is an Assignment for the Benefit of Creditors?

In its simplest form, an ABC is where a business contracts with an outside entity to take, sell, and liquidate all of the business’ assets, to satisfy what is owed to creditors. The creditor assigns the assets to the liquidation company, which then has a fiduciary duty towards the business’ creditors to sell the assets for the maximum value possible.

Here is where Chapter 11 carries one advantage: In many cases, under state law, a company’s board of directors or shareholders must approve of an ABC. However, this often is not the case in the decision to file for a Chapter 11 bankruptcy, although this will obviously depend on your particular company’s governing documents.

An ABC also may be less public, and be less likely to make the news, in the event your business is one that may get coverage for liquidating.

The assignee in an ABC can avoid transfers that happened before the bankruptcy to try to maximize recovery for creditors. But in some states, the power of a trustee in an ABC to avoid liens, and undo transfers have been challenged, whereas such avoidance is clearly and specifically allowed in a bankruptcy case.

On one hand, ABCs can be faster than a bankruptcy, and potentially cheaper than a Chapter 11 bankruptcy. Additionally, an ABC may be able to yield a bigger return for creditors, because these companies are industry-specific. A furniture company that needs an ABC will turn to a trustee that has specific experience and contracts in the furniture industry, thus yielding a better return on the assets that are sold.

But there are some important deficiencies in an ABC which make a Chapter 11 a better choice.

The first is the ability to reorganize a business. When a business opts for an ABC, the business is opting to close its doors and sell its assets. This is no option to reorganize, manage creditors, and continue operations the way that there is with a Chapter 11 bankruptcy.

Does your business need to reorganize, or is it being pursued by creditors? Call the West Palm Beach bankruptcy lawyers at Kelley Fulton Kaplan & Eller at 561-264-6850 today.

By Kelley Fulton Kaplan & Eller | Posted on October 11, 2021
« How To Get Around The Chapter 13 Debt Limits
Should You Use A Bankruptcy Preparer? »