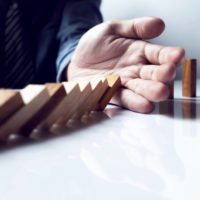 Alternative Dispute Resolution (ADR) has become an increasingly popular method of resolving business disputes. As an alternative to litigation, ADR processes are typically less formal, more cost-effective, and are able to reach a settlement sooner than a civil trial. Reliable Florida business and corporate attorneys are skilled at facilitating an alternative dispute resolution, such as the three methods listed below, to achieve a win-win solution.

In mediation, an impartial individual called the “mediator” is brought to help the parties involved in business disputes collaboratively brainstorm resolutions that are mutually acceptable. In the end, the parties, not the mediator, have control over the outcome of the mediation proceedings. The mediator’s main role is to help the parties effectively communicate with each other by eliminating hostility and the emotions that are obstructing resolution. The decision made by mediation is usually non-binding and leads to further negotiations.

In early neutral resolution, the “evaluator” serves as the impartial and credible third party overseeing the alternative dispute resolution proceedings. After hearing arguments and analyzing evidence from both sides, the evaluator makes a judgement of the business dispute. The evaluator gives a non-binding opinion on the strengths and weaknesses of each party’s arguments, possible resolutions, as well as each side’s likelihood of winning if the case is brought to trial. If the parties decide against going to court, this opinion is used as a basis for further negotiations.

In addition to the alternative dispute resolution processes mentioned above, there are many other types of ADR available to those looking to resolve business disputes as well as a wide range of other legal disputes.

As Florida business and corporate attorneys, we are skilled at representing our clients in alternative dispute resolution proceedings and ensuring the outcome is satisfactory. If you or your business is involved in a business dispute and would like to learn more about the available ADR options, call the Kelley Fulton Kaplan & Eller today.