The Statute of Limitations for Foreclosure in Florida 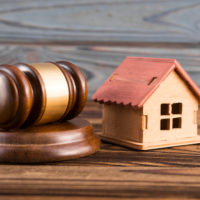 As is the case for many lawsuits, Florida law mandates a timeframe during which creditors can sue a debtor to foreclose on a property. These deadlines exist to protect borrowers from excessive delays in litigation. The statute of limitations for foreclosure in Florida is five years from the date of default. However, the enforceability of the statute is not exactly black and white.

Our foreclosure defense attorneys in West Palm Beach are shedding some light on how the timeframe may be applied by the courts.

Invoking the Statute of Limitations as a Defense

First and foremost, it is always advisable to consult with a foreclosure defense attorney before raising a defense to a foreclosure lawsuit. An attorney should only advise a debtor to elicit a statute of limitations defense if it can be proven that a default has not occurred in the past five years and the foreclosure process has not yet commenced. While many used to interpret the statute to mean the clock for the statute of limitations began at the time of initial default, recent case law supports that it restarts with each subsequent foreclosure. Therefore, if the debtor has continued to remain delinquent on the loan, the lender will likely be able to begin the foreclosure process without issue.

Florida’s Fifth District Court of Appeal delivered a ruling recently that clarified the statute of limitations even further in Velden v. Nationstar Mortgage. The case involved a mortgagor, Neil Velden, who had defaulted on his home loan, with missed payments beginning in January 2009. When the lender received a final judgment for foreclosure, Velden appealed on the grounds that the statute of limitations had been exceeded since the foreclosure action was taken in February 2014. The court ruled against him, ruling that subsequent missed payments invalidated his argument. The opinion cited a similar case that came before the Eleventh Circuit, Bartram v. US Bank National Association. The Bartram decision stated that even with a prior dismissal without prejudice on record, subsequent missed payments that fall within the statute of limitations give a lender the right to foreclose.

Do you have questions about your rights in foreclosure? Schedule a consultation with our foreclosure defense attorneys in West Palm Beach to get the answers you need to protect them.

By Kelley Fulton Kaplan & Eller | Posted on May 22, 2018
« How Joint Debts Are Handled in Bankruptcy
An Overview of Foreclosure Alternatives in Florida »